Back to News ListPreviousNext
View Page Gallery
Posted on: 30/09/2016

In response to a number of requests from other schools to share the school improvement strategies which were endorsed by Ofsted last year, Hope Academy staged its maiden conference on September 30th. The event was fully subscribed, with 180 delegates in attendance, and we were privileged to have as keynote speakers Sir John Rowling of Pixl, Anne-Marie Duguid of SSAT, and Dr Ioan Rees of Sycol Ltd.

There was a total of twelve workshops for delegates to choose from, each of them focusing on a key aspect of school improvement, and sharing with others the methods that have been successful in bringing about positive change at Hope Academy. There were also representatives of education and consultancy services showcasing what they could offer to schools. Lunch and refreshments were provided free of charge by Hope, and we are grateful to all the staff who worked so hard to organise the conference, prepare the rooms, and serve food and drinks to our guests.

Included in the delegate list were representatives of local schools, both primary and secondary, as well as delegates from as far as Carlisle. We also welcomed the owner of the Al-Bassam chain of schools in Saudi Arabia, and since the conference 45 Saudi Arabian schools and 4 in Qatar have accessed the material on offer. The Catholic Archdiocese and the Anglican Diocese were also represented, and both of these sponsors gave very positive feedback.

Hope Academy has been proud of its first venture into hosting conferences, and the feedback we have received has justified the amount of effort put into the preparation and organisation of this event. We hope that sharing our experiences has helped other schools to put their improvement plans into place, and that others are able to benefit from the methods we have used to bring about our rapid progress towards our goal of becoming an outstanding academy. 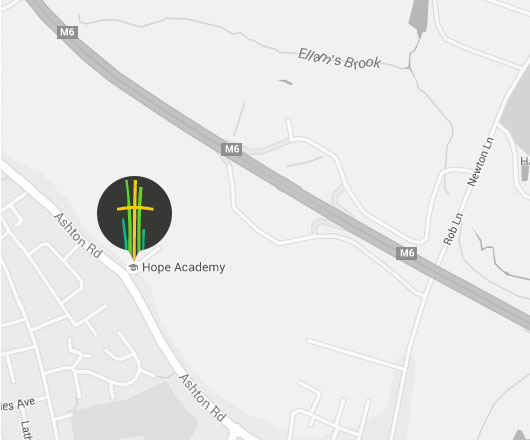